The Distraction Web fades as The Disruption Web rises 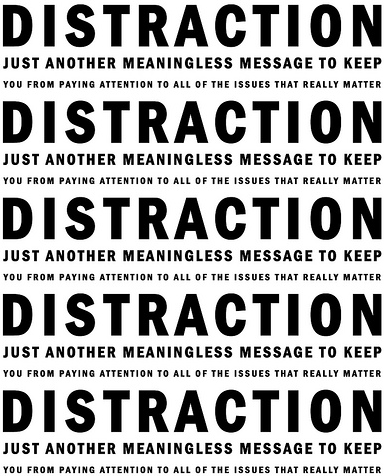 Boom. The rate at which new stuff sweeps the web is part of a general acceleration in change provoked by our increasing real-time connectedness. That has resulted in the ever faster emergence of disruptions to industry after industry, business model after business model.

This is the disruption web.

But it has also driven a culture of overnight sensation - Internet 'hits'. The potentially good news is that the life-span of such hits appears to be getting shorter and shorter.

Draw Something - the IPhone app a bit like pictionary that sold within weeks of launch to Zynga - is a good recent example. After initial intense use its faded into the background for the vast majority of users.
Why this may be good news is that it could be evidence of our collective tiring of the initial Lolcats (distraction web) phase of the web and a move towards us taking more seriously our individual ability to be part of the disruption web.

Perhaps we are now starting to seek something more, something that matters from our connectedness?
Information alone isn't power. It is the inspiration for the action that delivers the things that matter. The action is organisation. The web enables more of us to self organise to act - to be part of the change that matters to us - than has ever been possible before. Power resides in the ability to organise.

That's been the case since the first bulletin boards and has remained the case as waves of the distraction web have come and gone.

The distractions are coming and going faster and faster - becoming more and more disposable.
I draw (something) a line into our immediate future and see a point at which disruption is more Important to more of us than distraction.

And at that point the true value and impact of the web will have arrived.

Posted by David Cushman at 11:46 am 4 comments: Links to this post

Facebook's journey to monopoly or bust I have no objection to the nice chaps at Instagram getting a billion dollars for their baby. Providing someone, somewhere on the planet is putting a similar sum behind a platform to make real change that matters.
Not happening though is it?
There’s something fundamentally wrong about a world where we’ll spend $1bn on an app but not on a way of creating value we can all benefit from. The key wrong bit is in the allocation of resource.
Projects like kickstarter point the way ahead. Resource allocation is shifting to the edge. And the edge won’t choose apps – we’ll choose change.
Which means The edge is unlikely to choose Instagram’s acquirer Facebook either. Big central blocks of cash might (the institutional investors). The odd geek shareholder? Perhaps. But for the most part, the edge won’t play.
Facebook paid $1bn for Instagram, not for a company, not for a business, (there is irony in the fact that Kodak, creators of the Instamatic, are now dead and buried as a business) but for an idea that threatened its dominance of the important image-storing/sharing sector.
Our concern should be that Facebook appears to be so 'valuable' now that it can simply buy the next idea that challenges it – at almost any price. And that’s a significant step on the road to monopoly.
But Facebook only gets to do this based on a valuation of itself which is in turn based only on the idea that it is valuable.
It’s buying ideas at inflated prices based on the idea that it itself is valuable.
That worries me in a very credit-crunchy kind of way.
When our collective belief in that is diffused by the realisation that communities don’t function like audiences then that bubble will deflate.

There is a more hopeful scenario – it is that Zuckerberg has the foresight to think acquiring creative connectors of the kind who ‘love’ Instagram has a potentially higher value for co-creating outcomes (rather than 'audiences' of folk sitting around waiting to be advertised at). And he can build a new, real, co-created and sustainable valuation around that idea.

I’m not holding my breath.

I guess it’ll be Pinterest next:  $2bn to Google anyone? Seems as good a fit as any to me.
If my daughter’s use of the web is any guide then Google needs to get Pinterest-hot at visual search as soon as it can. At 7 and reading and writing fluently,  she continues to search the web through pictures – just as she has ever since she first started playing with search. A pointer for the future.

See also: Facebook Should Be Working Harder for its $100b valuation
Posted by David Cushman at 5:45 pm No comments: Links to this post