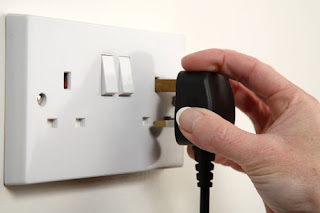 I joined in a conversation on Linkedin triggered by one innovator positing a view on what disruption really is - and a dozen more piling in to place their version of the truth on record.
My point of view was/is this:
A technology trend has the potential to be disruptive.
The response to it is a business model built on the co-evolution of practice which that trend prompts. If that response is a new model creating value in a new way, it will disrupt the existing landscape.

I felt the lack of clarity/consistency/agreement about a pivotal term like disruption revealed how far from being truly disruptive the innovation industry currently is. This comes as small surprise given that it is a core part of digital transformation (being the way-of-working How of digital transformation). And as I have previously pointed out - Digital Transformation faces its own lack of clarity on the supply side, at a time when demand is outstripping the industry's ability to supply it.

The nuts and bolts of innovation remain too often hand-wrought. We can not expect innovation to become the new way of working at a scale and regularity that the speed of digital demands, unless and until we bring a little more standardisation and certainty to it.

This was something I also referred to in: A Shared Language of Innovation recently. In that article I discuss the way in which terms such as MVP, POC, Pilot and Prototype get used in multiple ways. This speaks to the current lack of standardisation and uncertainty (when the client demand is for more standards and more certainty).

But that was just a start. Take a look at the terms I italicised in my initial POV above. We could have a lengthy debate on the meaning of all of them. Which would waste effort, time and intellect which would be better spent on creating the higher order complexity in which value actually resides.

Innovation - particularly where it relates to digital transformation - must agree and stick to making standard sized nuts and bolts.

Until it gets close to ubiquity its impact will be limited.
There is little Disruption in making nuts and bolts - but there is next to none without them.
Posted by David Cushman at 3:06 pm