What do the public need to know about AI? 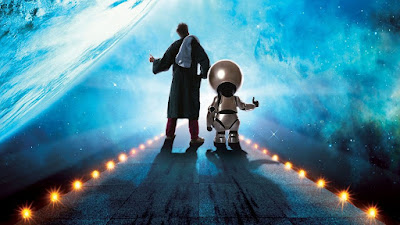 2018 will be nothing like 2017. Just as 2017 was nothing like 2016. We are living in a period of unprecedented accelerated change.
2017 with its geo-political cataclysms (Brexit, Trump) show change is becoming more radical.
I have written and spoken previously about the lull we have been in, a time since the early 70s in which innovation has primarily filled time for us rather than provided time for us (it is perhaps not coincidental that wages in The West have fallen in real terms during the same period - and wealth has concentrated ever more in ever fewer people).
The lull is over - the promise of AI is starting to deliver.
Large organisations all around the world will be deploying AI in 2018 (at least in narrow-focused form) to tackle tasks where:

By many calculations this covers from 20 to 65 per cent of what many white collar clerical and management roles perform.  It can be applied to many of the tasks required when checks and filters are applied to requests from people (job applications, loan applications, insurance forms, RFP responses etc etc) - right the way through to automated ordering systems (powering new efficiencies in supply chains).
A well-data-fed AI should be able to predict my choice from a menu (a constraint on ambiguity) or from an e-commerce site. Right now it would struggle to come up with a creative addition. But the smartest AI is already providing evidence it can also 'out imagine' us.
I'm thinking of the example in which DeepMind beat a grand master of Go! One move it made was so beyond anything a human challenger had ever made that the human opponent had to leave the room to compose himself - before returning to be defeated.

Lots of jobs - lots of people. Millions globally. Lives will change. Wealth and time will be created. How it is controlled becomes a huge question for society - particularly as we head to the point at which a General AI could become more intelligent than any of us.

How will that SuperIntelligence view us? As pets? As workhorses? Could it be controlled to deliver against our goals? Can a horse control you?

Big questions face us all. You can join in TODAY with a briefing prepared by the UK House of Lords at which some of the deepest thinkers on the subject will share their view.

A session at 3.30pm UK time on December 19, 2017 will be live online here. (This has now passed but you can find resources on the links below).

Posted by David Cushman at 10:26 am No comments: Links to this post