Brand Anarchy - a book launch I really should have been at

I failed to show up at a book launch last night. I had a school governors meeting (on data) I needed to be at.
It's not that unusual for me to fail to turn up for something I've been invited to, to be fair. It was only when I realised the content of Stephen Waddington and Steve Earl's Brand Anarchy that I realised I really should have made more of an effort.
Stephen (@wadds) had been kind enough to interview me for the book some months back. And the guys have been even kinder in listing myself alongside a very impressive line up in the Amazon blurb:
"As the media landscape looks increasingly diverse and anarchic,
individuals, organisations and governments should not waste time
wondering whether they have lost control of their reputations. The
simple fact is that they have never had control. The question is what
they can do about it now, and what they need to consider for the future.
"The fragmentation of media and the rise of social media has brought
brand and personal reputational risk into sharp focus like never before.
Disaffected shareholders, customers and staff are voicing their
opinions to a global internet audience. In a brand context it is
reputation anarchy.
"In Brand Anarchy, Steve Earl and Stephen Waddington draw on insight
from opinion-makers and shapers such as Greg Dyke, Alastair Campbell,
Seth Godin, David Cushman and Philip Sheldrake to explore how
reputations can be better managed and the new challenges that the future
of media may bring.
"...This plain-speaking, shrewd book pulls no punches. Its a
survival guide for anyone concerned what others think or say about
them."
So, of course, I'm going to suggest you buy a copy - it has generous helpings of me on Open Business! (Wadds has promised to send me one). If you're tempted, move fast. The first run has already sold out and a 2nd run of 10,000 is on its way. Go guys!
Buy the book.

Who wins with your social solution? 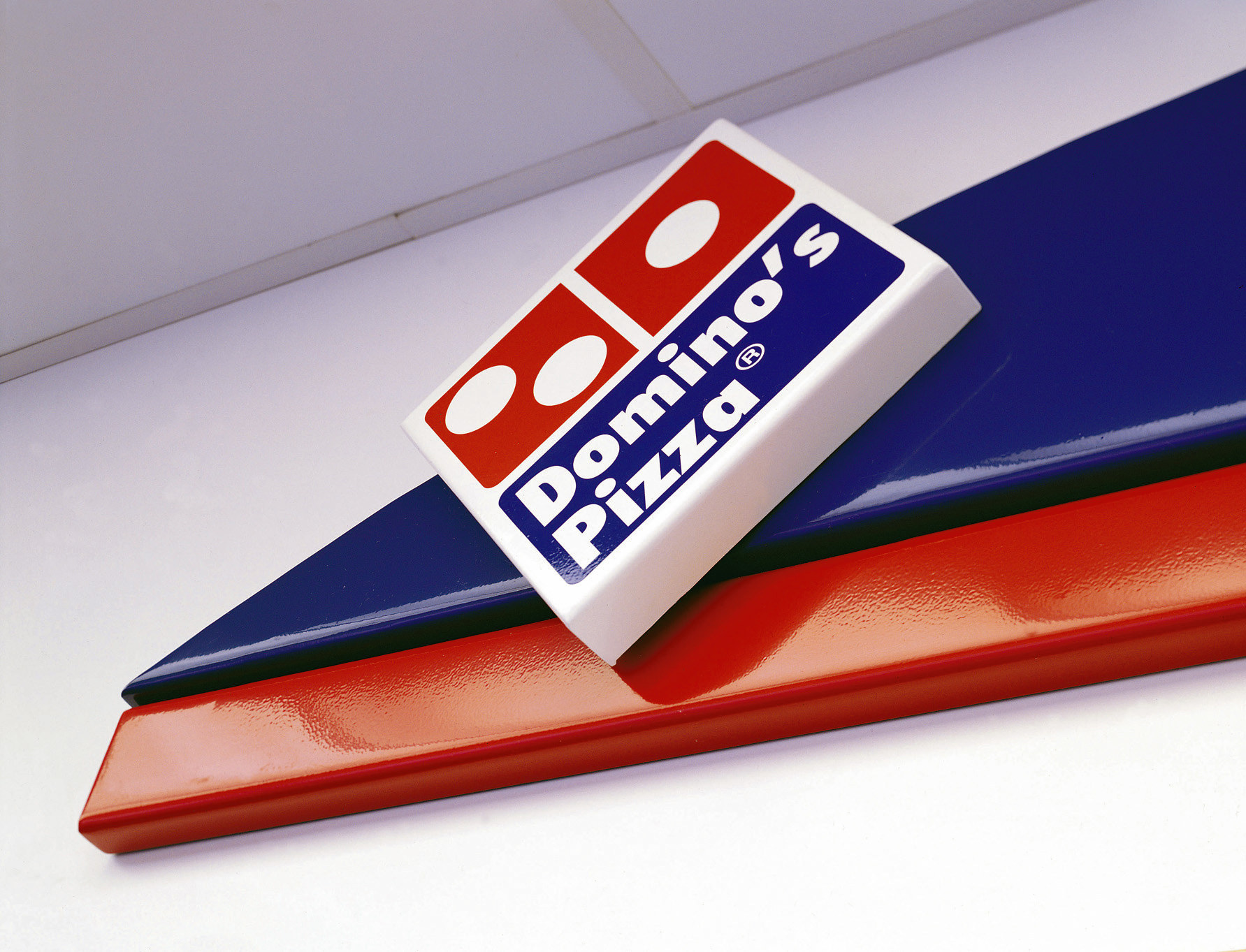 Domino's have become quite famous for their 'social'. Nice apps. Happy twitter campaigns, gathering Facebook fans.
Which is why I'm so surprised at the weakness of its latest work in Australia.
In short, they are crowd-sourcing the next pizza to go on the menu with Facebook fans.
Which sounds on the face of it ok... until you dig into the benefits for the end user.

This from the blog of Online PR/Social outfit Simply Zesty (it's not them that's the blame, they are just reporting on it):

Now in Australia, they’re ... creating ‘the social pizza’ which will harness their 488,000 Facebook fans in creating the pizza they want to see. Starting March 19th and spanning the next seven days, fans will be able to vote on a wide range of factors such as the type of base used, the sauces used, the toppings and even its name.  the most popular choices will be then added onto the new pizza which will be added onto Domino’s.
It’s almost like being able to custom make your own pizza to your taste… no wait… it’s exactly like that except you have to go along with the lowest common denominator verdict.

This mass crowd-sourcing only ever delivers a mass production outcome ticking the lowest common denominator boxes.

Individuals are already innovating better-fit solutions each time they customise their toppings and crust choices. The long tail solution already exists. Do it with a friend? That's a half-and-half then.

This social solution smacks of an old broadcast model being forced into a network. Always an uncomfortable fit.

It seems to me more to me about the PR message this will generate and less about a best-fit outcome.

I'm thinking the principles of Open Business did not apply here.

A reminder of those principles:

1. It's not about the tools - it is about Behaviours:
Often social business conversations focus on implementing software. Open Business urges you to think Behaviours first. What are people doing, what can and will they do? If you are starting with tools you'll likely starting in the wrong place.

2. Think less about messages and more about products. Open Business urges you to consider ways of making things with the people for whom they are intended; for the best possible fit with real need; for efficiency; for results people care about. Messages are an outcome of this process - not its purpose. Talk 'social' and all roads will lead you back to messages.

3. Ditch the customer.
No, really. Stop thinking about customers. Customers are people you intend to do things to. Open Business urges you to think about the long-suffering customer as partners to work with instead. It pushes those people deep into the production process - right to the start, to join with and be supported by the org in delivering the things all parties want - all partners want.

In a nutshell, Open Business is the art of making partners of customers.

Posted by David Cushman at 10:49 am No comments: Links to this post

Video: Webciety CeBIT keynote: How the web changes the organisation of business

For those of you who weren't at Webciety at CeBIT, Hannover, Germany on Thursday March 8, or weren't able to catch the live webcast of my keynote when it was first broadcast, a recording is now available.

The video lasts almost an hour which includes introduction, my keynote and a panel discussion of the themes it outlines. In summary it explores how the future isn't digital, it is self-organised, how and why the web powers disruption based on this and explores the role of the organisation in a world in which we can organise for ourselves more cheaply and effectively than ever before. It also recognises the challenge of 3D printing in this context - how this reveals where the means of production have always resided and what this tells us about the key tasks that must be taken on by the org of the future.

I've expanded a few more thoughts, specifically in relation to 'Loose Ties and Sufficient Organisation', which are detailed in my blogpost of Saturday March 10, 2012.

I have also updated the slides on slideshare to those I finally presented. I hope you find them useful.

Posted by David Cushman at 9:09 pm 3 comments: Links to this post

Loose ties and sufficient organisation (or why start-ups work)

The panel discussion that followed my keynote at CeBIT on Thursday set me thinking about how best to describe the effectiveness of self-organisation (which is what that presentation concludes is the web-inspired future).

Self-organisation instead delivers fast, accurate, effective response to need in a way that centrally-organised models can't match.
One example is last summer's people-powered response to the London Riots - #riotcleanup. There is a slide on this in my deck for CeBIT and a link to that in my previous blog post.

In short, Londoner's organised around a twitter hashtag and took to the streets with their brooms in a scale, at a pace and with an accuracy of fit with need that a Government-organised response could not hope to equal, in fact could not equal.

But self organised need not be short-lived. Look to Nature - as @gregorylent is fond of saying - and you'll find The Great Barrier Reef. Self-organised interpendence has created an oasis of innovation on a grand scale. It offers biodiversity which makes the open ocean look desert-like in comparison.

Another vast example, brilliant at innovation to meet actual need accurately, fast and effectively, is of course the web.

In all these cases there is self-organisation. The individual elements engaged are sufficiently organised. No more. No less. Ties are just strong enough to deliver shared value, just weak enough to allow adhoc aggregation of focus based on need and purpose identified for ourselves.

Think also of start up businesses. Each is an innovation - a response to a perceived need. And at their start they are effectively self-organised - very flat. All hands to the pump.

They are sufficiently organised to be effective together without being directly organised from the centre. Impose too much organisation and growth and innovation get stifled, too little and the parties will drift apart to try to fend for themselves.

What delivers the loose ties of sufficient organisation. Well, it could be contracts. But they count for nothing when money gets really tight. It could be our human nature to band together. But why with this group of people, and why here and now?

No, the thing that delivers the sufficient tie is the idea - the shared belief.
All organisations are improved by a Why. Sufficiently organised ones demand one.

Posted by David Cushman at 10:33 am No comments: Links to this post

How the web changes the business of organisation

I'm at CeBIT in Hannover, Germany this morning where I'll be giving the keynote in the Webciety area of Hall 6 at 12:10pm CET/ 11:10am GMT.
The presentation is being live streamed - so you can join from where ever you are. Please leave your comments below. Here's the link to use: http://webciety.c.nmdn.net/playlist/index.php
The slides I will use are available (barring a few late adaptations) via Slideshare, here: http://www.slideshare.net/davidcushman/how-the-web-changes-the-organisation-of-business-and-the-business-of-organisation

Posted by David Cushman at 8:30 am 2 comments: Links to this post