Strategies of the positive

Gather information, note the problem but then look elsewhere, around it, beyond it – if you want to steer around it. Keep staring at it and you’ll hit it and end up on your butt. They call it target fixation.

Keep your eyes on the positive. Focus on the beyond – that’s how individuals and organisations get to where they want to be - rather than in A&E.

We all know companies that got that wrong. Perhaps we are at risk of entire economies going the same way?

Some quick thoughts on Facebook’s latest iteration (as revealed at F8 last night).

The moving 'stream of news' from folks you know has been pushed into the wrong place. It should be in the centre. Facebook should instead push top stories to the edge (as Twitter does with Trends).

The reason they have got this wrong is the reason Facebook is headed in the wrong direction full stop. It can’t find a way of making value without slapping ads on. It is therefore forced into thinking it is a mass media play.

When you think like that you get led by the lowest common denominator (most ‘liked’ over most relevant) that leads you to ‘top stories’ and to placing them in the centre.

Facebook is treating your ‘friends’ as one big community. You only get to choose who you share with once. It should at least be every time you share.

Twitter’s trends is another (in some ways worse) case in point. It surfaces the most shared, not the most relevant - among everyone.

Top Story is kind of ‘trends among friends’. Which is something I previously advocated twitter should do. But now I see it in the flesh and actually working, I realise how even this delivers most liked, not most relevant – even if it is ‘most liked/shared’ among your friends.

For example, when I checked in on Facebook this morning my experience of it was a top story which was a very funny video involving British chef Nigella Lawson (also available on Youtube, on the open web).

The video is entertaining. It would entertain many. But it sure ain’t relevant. Because it gets liked and shared by many of my friends (and presumably their friends) it stays on top story position.

Meanwhile, in a side-thought at the side of the page potentially more relevant stuff ticks by.

What is needed is a way in which you can select, every time, who you wish to share with. Friends may have things in common but that does not mean they share common purposes. Communities do.

And communities of purpose are much more adhoc in nature than Facebook is built for. They are much more like the way conversations develop in twitter – aggregating around a common thing for the time that thing matters to those taking part, moving on to the next as and when the need is solved or the next emerges.

Communities of purpose get together to achieve things – from answering a quick question to making a solution to shared need. Friends hang out.

And this is Facebook’s challenge. Communities of purpose have to be much more adhoc than it is built for – yet this is where the true value (making things with people rather than sending messages at them) resides.

The Top Story thing reveals how far off Facebook is from cracking this, or perhaps even understanding it. It is why, instead, they must attempt to be a media platform. Because media platforms are nice and simple for selling ads on - instead of coming up with ways of creating real value with communities.

We don't connect to be marketed to 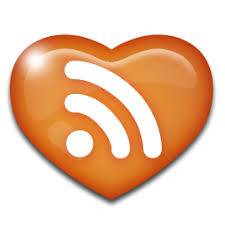 Facebook's announcement that it is to enable a 'subscribe' button so you can follow interesting things and people (provided they are sharing publicly) is the latest shot in the battle for hearts and minds among the big players. 'Subscribe' is essentially Twitter's follow (or Google +'s for that matter).

So it's yet another case of Facebook being late to the party. The extra it adds is enabling you to select how much of someone's stream you want to subscribe to - giving a little control to the follower (though frankly this has varying value depending on your personal experience of the volume of content - which has always been controlled by who and what you friend or follow in any event).

But it got me thinking: Subscribe takes us back to our online social roots: You just have to love blogs and blogrolls, RSS and hypertext linking. A glorious place of freely forming communities of purpose.

All the rest; Facebook, Twitter, Google +, etc etc, all the rest are at best filters of simplicity or, at their worst, silos of data. Some sit further along to the left of that scale, some to the right. But sit on it they do, in a way that blogs and rss well, don't.

The social platforms have taken down some serious technical barriers to entry - itself a silo of some significance. My wife would never have written a blog. But she's at home and connected with facebook. This is a good thing.

But ultimately we will call time on the nannying. The tech difficulties the platforms solve for us will become problems no longer. A level of what we now call technical know-how will simply become common sense. Like being able to cross a road, most folk will grow up knowing how. They'll call it common sense rather than know-how because it will, of course, be common.

At that point we no longer need the platforms. We'll need and will have the common sense to publish, to discover those who share our needs, problems or desires. And the ability to connect in self-forming groups.

And guess what Facebook et al? We won't be doing this to be marketed to.

Posted by David Cushman at 6:30 am 4 comments: Links to this post

It's not often you get something for free - but here's one bona fide occasion. As part of 90:10 Group's commitment to inspiring Open Business (I'm Co-Founder of the group and MD of the UK business) we've made a desk available at our office in Clerkenwell. It's yours complete with wifi and power when you need it. Our #OpenDesk is a small example of the open door we advocate. So come in and say hello. The few T&Cs and online booking is available below:

Posted by David Cushman at 5:07 pm No comments: Links to this post

Learning to love the truth (even if you don't 'like' it)

Nice deck here from my colleague Ninety10 Group CEO Jamie Burke, issued as a wake-up call to those who set out to harvest 'likes' - detailing the risk to reality that delivers.


Stop worrying about likes and learn to love the truth
View more presentations from 90:10 Group Ltd.
Posted by David Cushman at 2:42 pm No comments: Links to this post

When on holiday in Barcelona recently I watched an amusing example of human behaviour which illustrates our irrational reliance on authority – following its dictacts even when the evidence of our own eyes compels us to do otherwise.

In this case travellers at Barcelona Sants station were confronted with both an up and a down escalator to choose from to go down to the platform.

But introduce a confusingly placed sign and it seems we will often switch off our rational thought, ignore the evidence of our own eyes, and follow the authority of the sign.

In some cases this was true even when people were coming up the ‘up’ escalator right in front of the person planning to use the same escalator to go down – leading to results that kept me amused for many moments.

I was lucky enough to have a flipcam in my pocket so recorded what unfolded.

Perhaps what follows below also illustrates that we are more likely to be convinced by authority (represented by the sign) when we are in an agitated state (ie the folk in a hurry seem most likely to follow the orders of the signs over and above the herd instinct of following those folk who are going the right way.

This perhaps has implications for channelling behaviour in riot situations of the kind discussed on this blog in recent weeks.

I was particularly amused by the behaviour emerging towards the end of this 3min video in which it appears our herd instinct has us copying some very irrational behaviour – ie you have to try to go down the wrong escalator first before returning to try the right one. It’s what all the rest of us monkeys are doing...

Posted by David Cushman at 4:00 pm No comments: Links to this post